As we know, in the middle of 2021, there are still some taboos regarding sexuality. However, the goal of making sex shops something seen as normal is gaining more and more traction.

Since 2014, Venezuela–and now a large part of America–enjoys the services offered by TeProvoca.com, a company founded by Venezuelan Jairo David Ariza Acosta.

In the online modality for Latin America, TeProvoca.com was the first store to sell adult toys, expanding in the market with more than 7,000 different products, positioning itself as a North American manufacturer representative.

TeProvoca.com not only sells sex toys but they are also known as experts in sexual health and sexual discovery. They have specialists in couples and sexual dysfunction therapies. Just a year after opening their doors in Venezuela, they were able to expand to Lima and Miami.

By 2015 they were already a recognized brand and were taken into account by the television channel Venevisión, and the journalist and presenter Ana Alicia Alba used these toys for her program Sexo Al Desnudo. 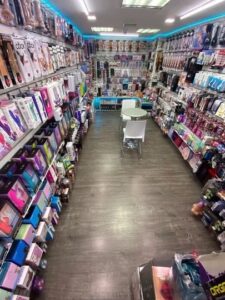 And if that was not enough, the products have also been used by the influencer Yeissa Álvarez, better known as YeiLove, in her work The School of Sex. In social networks, the receptivity of the brand has been evidenced by the fact that great stars have advertised the products, referring to their high quality and service, among them: Vanessa Senior, Yohana Vargas, Marko, Jorge Villaveces, Beta Mejia, Diosa Canales, Daniela Alvarado, Sabrina Salemi, Ivette Dominguez, Adriana Romero, and Maria Antonieta Duque.

TeProvoca.com has been featured in sex forums hosted by important universities in the country. And internationally, they have participated at the Sex Shop fairs at the Rio Hotel in Las Vegas in the United States. They currently have more than 208,000 followers on Instagram @teprovocaonline. And, they are franchising the brand with worldwide offices and stores in Venezuela, United States, Peru, Colombia, and soon in Spain.